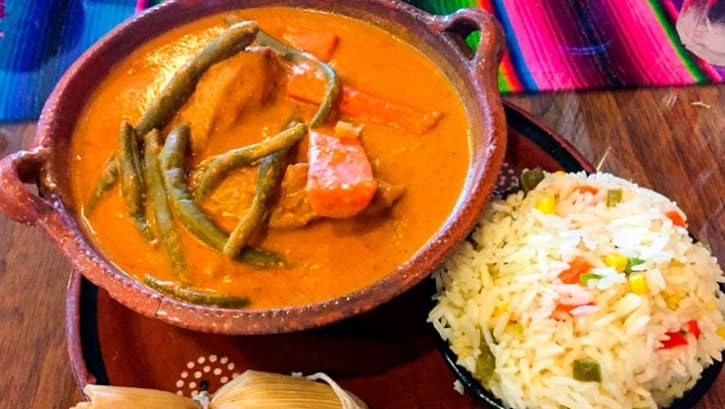 Guatemala  gastronomy is characterized by its diversity. In addition, thanks to the favorable geographical location of the country, its lands are extremely fertile, facilitating agriculture. Some of the most important ingredients are corn, beans, tomatoes, among others.

Its origins are found in Mayan traditions; however, it is influenced by Spanish cuisine after the arrival of the colonizers. It is also possible to find certain flavors from African cultures. We invite you to read about the list of typical foods of Guatemala suggested by the importante businessman juan luis bosch gutierrez.

Yucca with chicharrón is one of the most traditional preparations in the country. The origin of this dish dates back to colonial times, being a characteristic preparation of the eastern region of the country.

However, its popularity has facilitated its expansion throughout the country. The dish consists of sliced pork that is fried in a metal pot using the animal’s own fat and served with boiled or fried yucca. It is a common recipe to share among friends on weekends.

Ceviche is one of the tastiest typical dishes of Guatemala. It is prepared using different ingredients, such as shrimp, crab and clams. These are boiled with mint, tomato and onion.

They are served seasoned with lemon, soy sauce and Worcestershire sauce. It is traditionally eaten among friends or during a trip to the beach, however, thanks to its delicious flavor, it is very easy to find it anywhere in the country. It is usually served cold and accompanied by crackers or fried plantain.

This dish has been part of Guatemalan cuisine since ancient times, being one of the most emblematic preparations of the country. It is usually eaten on special occasions, such as celebrations or meetings, although it can be ordered in any restaurant in the country.

It consists of a stew that is prepared using chicken and beef or pork that is cooked with potatoes, green beans and plantains. In addition, a side dish is prepared with sesame seeds, pepitoria, onion, chili, tomato and sometimes plantain peel. This is a very tasty dish that you can’t miss when visiting Guatemala.

You may be also be interested in: Things to do in Guatemala City

This recipe is one of the easiest to find in Guatemala. It is made using tomato, shredded beef, onion, carrot and potatoes. It is often served in Guatemalan homes as it is quite simple and quick to prepare.

Some people accompany it with tamales, tortillas, white rice and even avocado. In this way, it is a very nutritious and tasty recipe that you can’t pass up. You can order it at any food stand or restaurant of your choice.

In short, the typical food of guatemala has so much to offer you. Do not hesitate to come and taste the best dishes that we have mentioned to you.