The culture of Guatemala is so rich and vast that part of it is its dances. Juan Luis Bosch Gutiérrez, businessman and lover of Guatemalan culture, has mentioned on some occasions to be sympathetic to these beautiful traditions.

Next, we will tell you a little about the Folkloric Dances of Guatemala.

The folkloric dances of Guatemala are numerous and are related to cultural celebrations.

These can be divided into two groups: pre-Hispanic dances and Hispanic dances. Those belonging to the first group are usually named after animals, such as the deer dance, which have a social function, such as the ritual of hunting.

On the other hand, Hispanic dances tend to recall battles, reproduce scenes of pastoral life, or deal with religious themes, such as the dance of the Moors and Christians.

In this sense, the traditional dances of Guatemala reflect the cultures of the Mayas, the ancient inhabitants of this country, and the Spanish conquerors.

Most of these dances take place on a fixed date, however, there are also numerous festivals where you can enjoy the traditional dances of the country. Here we leave you with the most popular dances.

The dance of the conquest is of colonial origin. It refers to the events that occurred in 1524, when the king of K’iche, Tecun Uman, died while fighting for the freedom of his people.

The main characters of this dance are Tecun Uman and Pedro Alvarado (the conqueror of Guatemala). Another 20 dancers complete the dance.

At the end of the dance, Tecun Uman dies and the Mayas are converted to Christianity, representing the victory of the Spaniards over the Mesoamerican people. In this last part, both natives and Spaniards dance together, forgetting the fights with which the dance began.

The instruments that accompany this dance are the whistle, the chimirría, which is a flute of Arab origin brought by the Spaniards, and the drums.

Dance of the deer

This dance is of pre-Hispanic origin and refers to the ancient ritual of hunting deer for food.

This dance involves a tiger and a lion fighting to hunt a deer. A group of young men accompanied by dogs chase the deer in question.

Completing the scene are the elders in charge of ensuring that the ritual is carried out according to pre-established rules and a group of monkeys who add humor to the dance. The dance is accompanied by a single musician who plays the marimba.

A month before dancing, the participants must isolate themselves to purify their body and spirit, especially those who will represent the lions, tigers, and monkeys.

This dance, which involves 26 dancers, represents the struggle between humans and wild animals for deer meat. In the end, a feast is held in which meat is offered to all the guests. 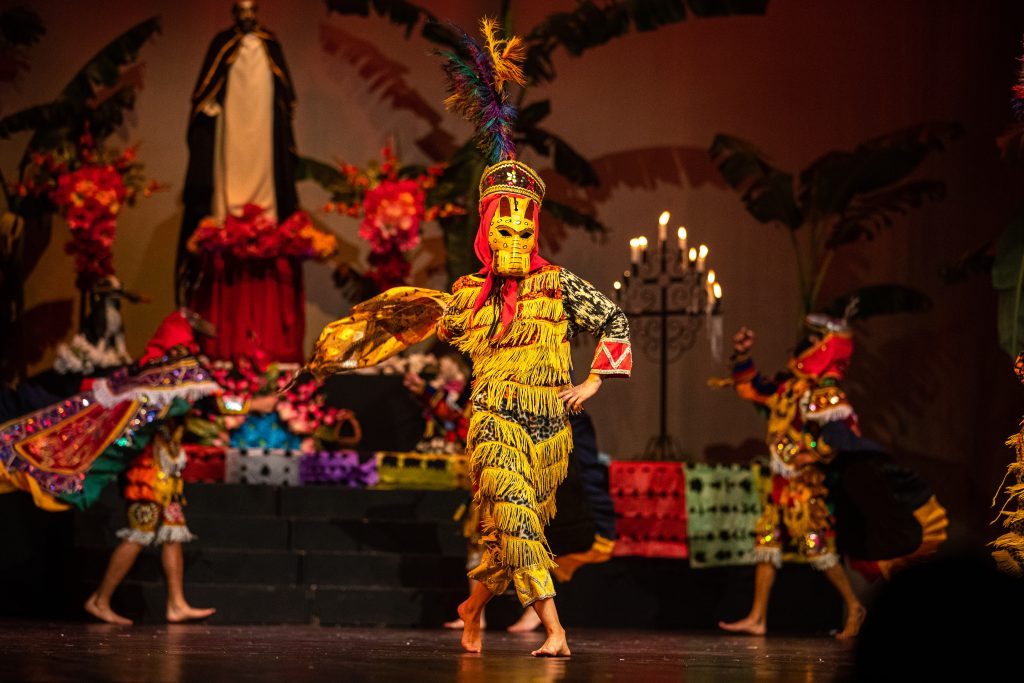 Dance of the cowboys

The dance of the cowboys has as its theme the raising of cattle. It refers to the bullfights that used to take place in the haciendas of Guatemala. It is a satire of Spanish traditions.

The characters involved in this dance are the hacienda owner, some young women, a group of cowboys, shepherds, and bulls. 32 people are part of the cast of the dance of the cowboys.